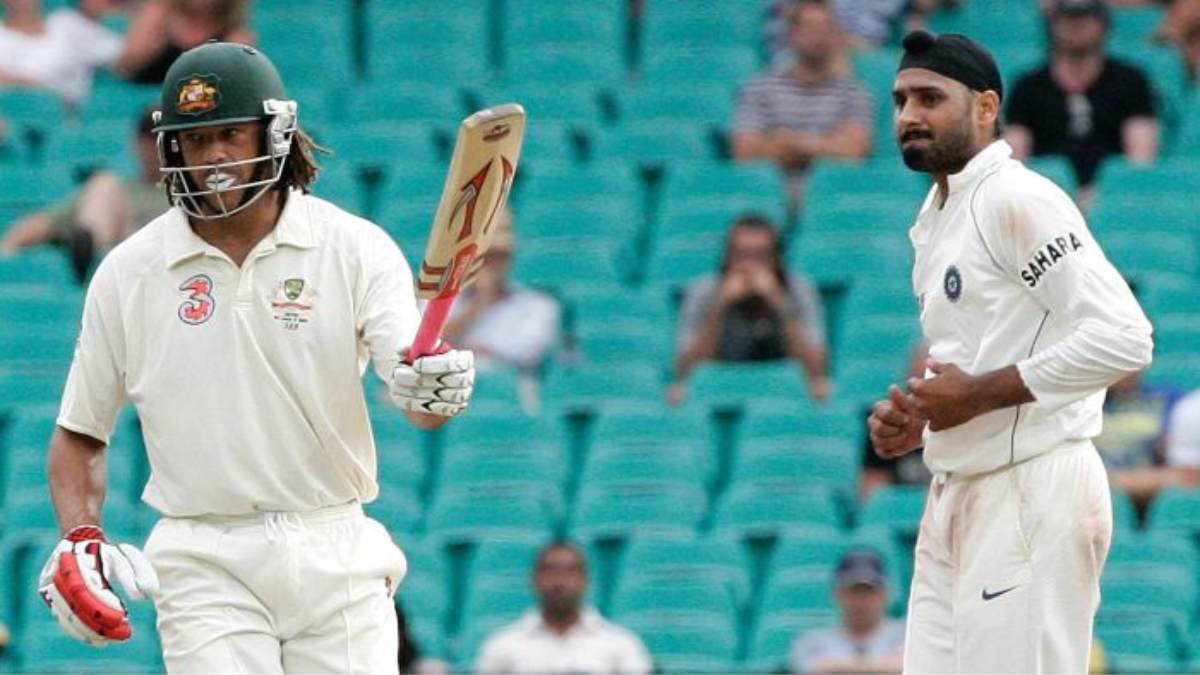 The incident started during India’s 116th over in the Sydney Test between India and Australia where Harbhajan used racist comments against Symonds.

After the bitter verbal spat between Harbhajan and Symonds, the former called the latter ‘monkey’.

This sent things into haywire mode and Australian players complained against Harbhajan Singh for using racial comments against Symonds.

In a recent chat with Brett Lee, Andrew Symonds was once again asked about the monkey gate scandal.

Symonds revealed that it was quite shocking for him when Harbhajan called him a monkey.

He also added that Harbhajan had used the word previously as well when Australia went to tour India.

Symonds then said that it was quite stressful for him.

After the Sydney Test was over, Symonds called Harbhajan out of the locker room and said ‘boss’ and ended things there and then and shook hands.

Symonds also recalled another India tour where the latter had come to Australia to play a New Year’s Test.

Australia won the Test match but they had quite bitter celebrations due to the monkey gate scandal.