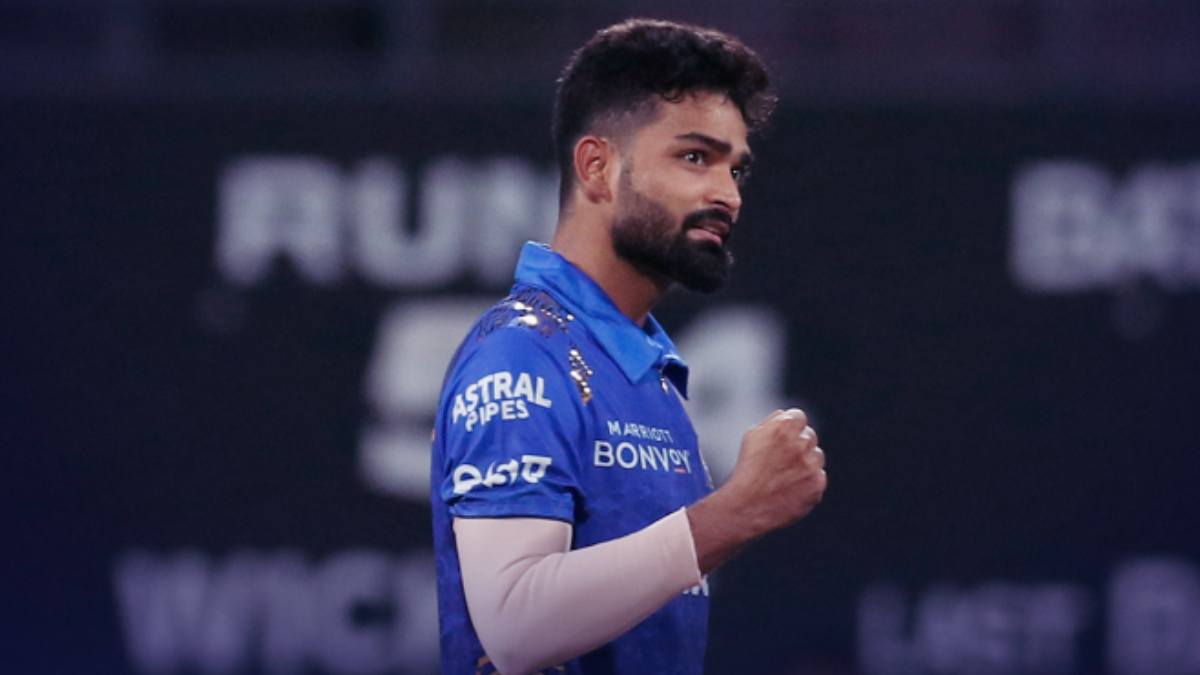 IPL franchise, Mumbai Indians have brought in youngster Kumar Kartikeya as a replacement for the injured Arshad Khan.

Arshad had yet not featured in a game for the Mumbai Indians this season.

Playing only 9 first-class and 19 List A games, Kartikeya has surely made a mark for himself in the domestic circuit as a successful bowler for Madhya Pradesh.

Similarly, he has picked up 35 and 18 wickets in both formats of domestic cricket.

Kartikeya was used for the first time yesterday by the Mumbai Indians and he did a pretty decent job.

Mumbai Indians tasted their first success against the Rajasthan Royals at Dr DY Patil Stadium, Navi Mumbai where they won the game by 5 wickets.

The bowling unit of Mumbai did an excellent job by restricting the Rajasthan Royals to just 158/6.