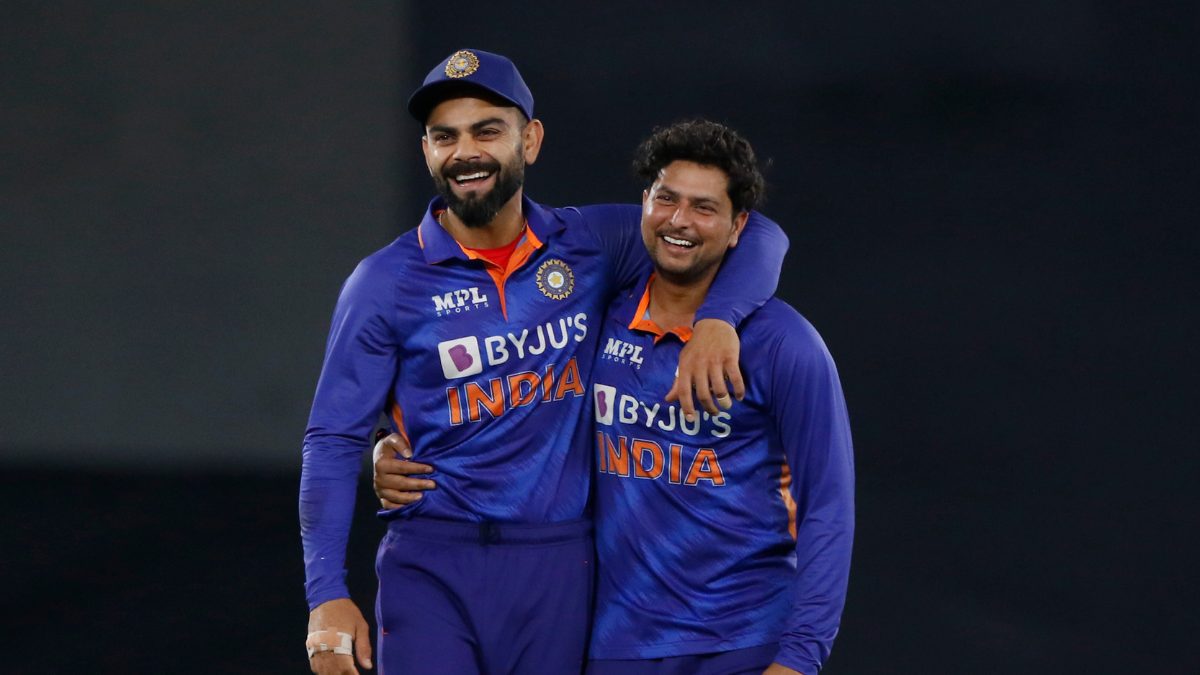 According to Kuldeep’s coach, Virat didn’t pick his student and instead went ahead with Axar Patel due to his batting abilities.

Kuldeep Yadav had a tough 1 and a half years as he didn’t feature in many games for India nor for the Kolkata Knight Riders in the IPL.

Since then, Kuldeep has not looked back and has given excellent performances throughout the ten games for Delhi.

Kuldeep has even taken 2 four-wicket hauls and is the second-highest wicket-taker in this year’s IPL.

Kapil Dev Pandey is happy with the way Kuldeep is doing.

He also went on to praise Rohit Sharma who helped his student make a comeback to the Indian side.

He said that Rohit kept a close watch on Kuldeep’s yo-yo tests and rehabilitation programme.

Kuldeep struggled to take wickets and was out of form for a long time but he decided to work upon himself and now it is all ultimately bearing fruit for the chinaman bowler.